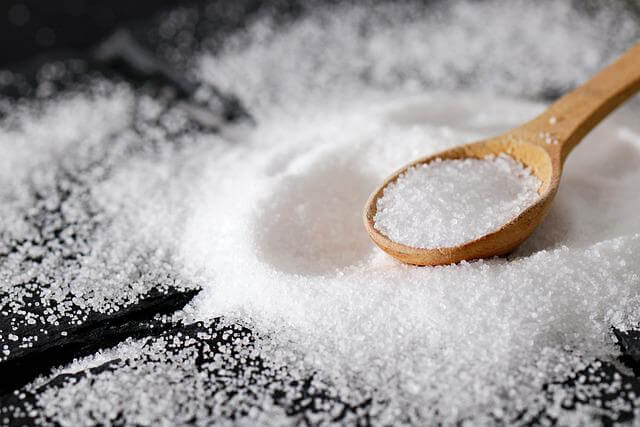 The findings of a modelling study published in the open access journal BMJ Nutrition Prevention & Health predict that a small reduction of just 1 g in daily salt intake might prevent approximately 9 million occurrences of heart disease and strokes and save 4 million lives by 2030. Consuming excessive amounts of salt increases blood pressure, which is a risk factor for heart disease. Reducing Salt Intake can Reduce Heart Diseases. Hence, a diet that is heart-healthy should include a low-sodium diet.

What is a Low-Sodium diet?

A vital mineral, Sodium carries out a number of most crucial functions of our body. It naturally occurs in foods like eggs and vegetables and is a key ingredient in table salt (sodium chloride).

Even while sodium is essential for health, there are instances when it must be reduced in the diet.

People with specific medical disorders, such as heart failure, high blood pressure, and kidney disease, are frequently advised to follow a low-sodium diet.

The items that are processed and packed, such as chips, frozen dinners, and fast food, contain the highest concentrations of sodium because salt is added during processing to improve flavour.

Adding salt to food while cooking and as a seasoning before eating is a significant contribution to sodium intake.

Why are Low Sodium diet Prescribed?

Although you need some sodium everyday, too much of this mineral can be harmful to your health.

According to the American Heart Association (AHA),

A healthy adult shouldn’t consume more sodium than 2,300 miligrams (mg) per day (about a teaspoon of salt). Ideal sodium intake for most persons is 1,500 mg per day.

With an average daily intake of 11 g of salt, China has one of the highest salt intakes worldwide. This is more than double the level the Chinese government advises. High salt consumption raises blood pressure and, as a result, the risk of coronary heart disease, which causes 40% of all fatalities in China annually.

In order to inform the creation of a workable salt reduction programme, the researchers set out to assess the health benefits that may be obtained by reducing salt intake across the country.

They gathered the most recent and trustworthy data on population size, salt intake, blood pressure, and disease rates by age group and location before estimating the effects of three different strategies on cardiovascular health.

The first of them called for a daily salt intake decrease of 1 g to be attained in a year. The second was the WHO’s interim goal of a 30% decrease by 2025, which translates to a steady decrease of 3.2 g/day.
The risk of heart attacks, strokes, and deaths from cardiovascular disease was then calculated as a function of changes in systolic blood pressure, the higher number in a blood pressure reading that represents the force with which the heart pumps blood throughout the body.

In China, an adult typically consumes 11 g of salt per day, thus cutting this amount by 1 g per day should result in a 1.2 mmHg decrease in systolic blood pressure on average. By 2030, 4 million cases of heart disease and stroke may be avoided if this reduction was accomplished in a year and maintained.

If this trend continues for another ten years, an estimated 13 million heart attacks and strokes—including 6 million fatal ones—could be prevented.

2. Reducing Salt Intake will Reduce the risk of Heart Disorder and Stroke

A decrease in salt consumption of 3.2 g/day would be necessary to meet the WHO’s interim target by 2025. By 2030, a total of around 14 million cases of heart disease and stroke might be avoided, 6 million of which would be fatal, if this trend persisted for an additional five years.

If the current trend continues until 2040, there might be about 27 million instances overall, 12 million of which would be deadly.

According to the study, men and women of all ages in China would benefit from dietary salt reduction.

The researchers speculate that there may be additional health advantages as well.

These potential advantages include:

4. It will improve Overall Health and Diet Quality

“The Chinese government’s ‘Healthy China 2030’ action plan includes dietary advice to cut back on salt, sugar, and oil consumption. According to the researchers, “our modelling analysis demonstrates that salt reduction alone might deliver huge health advantages to the entire population of China. A reduction of 1 g everyday would be extremely beneficial.”

Achieving and maintaining population salt reduction could stop millions of avoidable cardiovascular illnesses and deaths. This would also have a significant positive impact on world health.

How to Avoid High Sodium Food?

Diets low in salt may help with high blood pressure, chronic renal disease, and general diet quality. They might also lower the risk of stomach cancer.

However, too little sodium may have harmful consequences on health, and most individuals don’t need to follow this kind of diet. However, too much salt in your diet is harmful to your health. Too much Salt intake is like a silent killer.

Modeling studies like this one, according to Shane McAuliffe, Science and Digital Communications Lead at the NNEdPro Global Centre, “give an indicator of how specific dietary modifications have the potential to influence the course of diet-related disease.”

“Given the documented dose-response association between salt intake, systolic blood pressure, and cardiovascular disease, lowering the intake of one of the highest global consumers would have a major influence on population health,” he adds.